Fundación Cepsa has begun painting a new mural for the project ‘Sumérgete en Santa Cruz’ which seeks to provide artistic and cultural content to walls in a state of neglect or aesthetically lacking in the capital of Tenerife.

Tenerife-born Airán de León will be in charge of this new project, which covers more than 300 square meters, accompanied by Iker Muro, who is also a coordinator of the project. Both artists already painted together between 2006 and 2012, leaving the city with some memorable pieces composed of letters and characters. They now come together again to make an enormous mural near the La Salle San Ildefonso school.

The self-taught De León defines himself as an "old-fashioned graffiti writer", where the deconstruction of letters (which are impossible for most of the public to read) and speed are his maxim. He has been painting graffiti since 1998, and has countless pieces scattered throughout the Canary Islands and mainland Spain. The aesthetics of his work is far removed from rules, guidelines or any type of directive set by schools, museums or galleries.

The central theme of the piece will be toys and childhood in motion, highlighting the figure of a great diabolo, symbol of ancient toys, "like the ones my mother played a lot with," says Iker Muro, who speaks of "evoking times past where toys and recreation were different."

Muro is currently one of the most recognized local figures in the world of muralism, one of the most popular disciplines of the urban arts scene. His name already decorates many of the capital's buildings.

These geniuses of fast painting who offer their art to the citizens of Santa Cruz and their visitors, are recognized for the quality of their works, always having a wall ready to be used as a canvas. They state that "this new mural will be a true burst of colors, a collage of textures and movements, which will combine the dynamism of the diabolo with the intertwining forms of Aran, the hidden arrows."

Over the course of a week, pedestrians will be able to admire how a mural is "built" which, once completed, will be seen daily by the hundreds of children who attend the school, their parents and teachers, the area's neighbors and anyone who passes through the place.

Fundación Cepsa thus presents the first intervention of the year under the "Sumérgete en Santa Cruz" campaign, which has the support of the City of Tenerife Department of Culture. This initiative has already become consolidated thanks to the completion of more than 15 spread throughout the city, especially in the central area, with which Fundación Cepsa reinforces its commitment to the city's cultural revitalization. 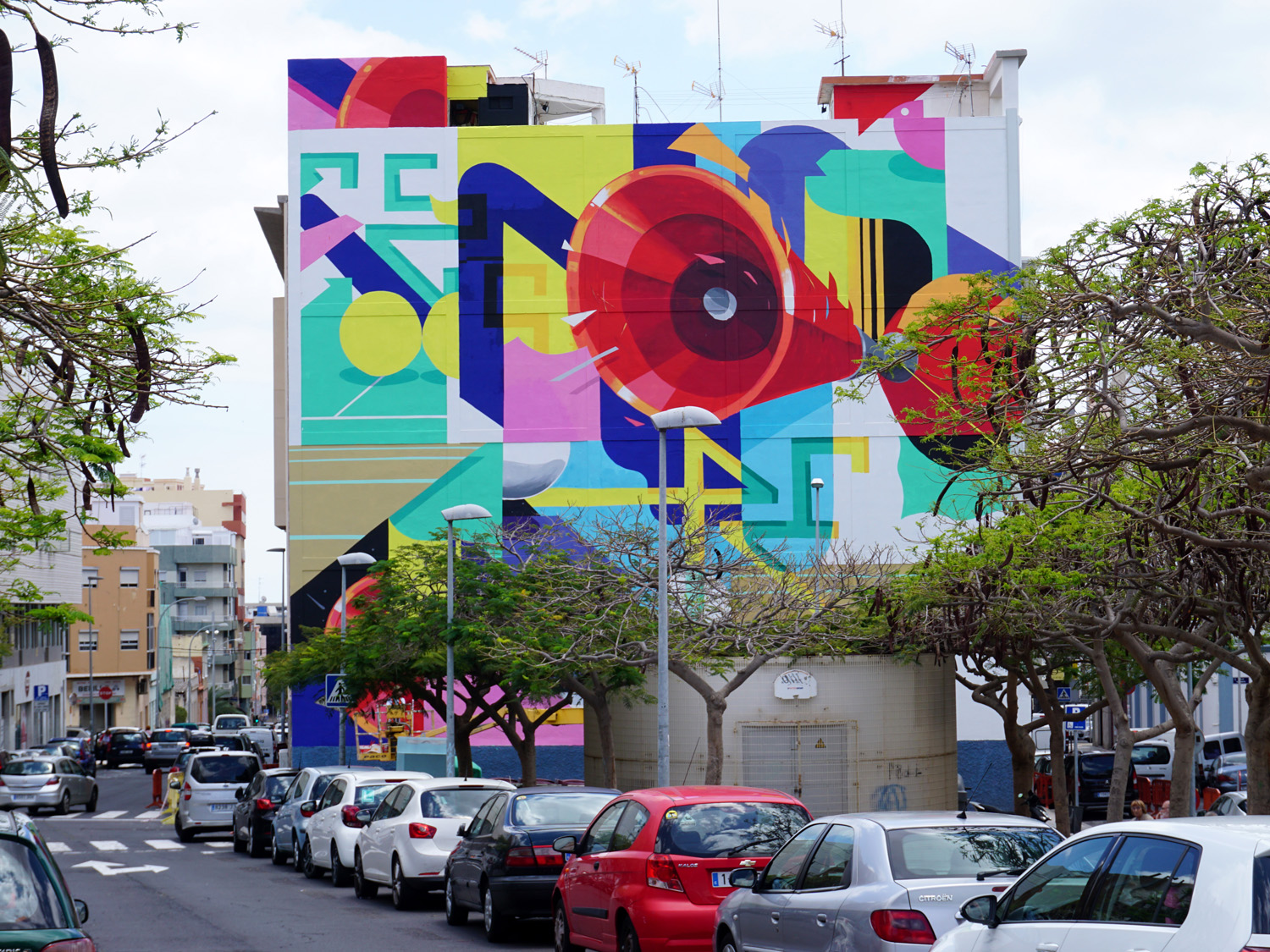