Fundación Cepsa presents its Social Value Awards in the Canaries

Fundación Cepsa today presented its Social Value Awards in the Canaries, at an event held in the facilities of the Tenerife refinery which was attended by the highest representatives of the five winning entities: the Fundación Theodora, San Juan de Dios Hospital, the Asociación Sofía Promoción Hábitos de Vida Saludables y Ayuda de Trastornos Alimentarios [Sofía association for the promotion of healthy lifestyle habits and assistance with food disorders], the Asociación de Familiares y Cuidadores de Enfermos de Alzheimer y otras Demencias de Tenerife [Tenerife association for relatives and carers of those suffering from Alzheimer’s disease and other dementias] (AFATE), and the Asociación ALDIS para Prevenir y Sanar Enfermedades Infantiles [ALDIS association for the prevention and cure of childhood illnesses].

The winning NGOs, which will receive a total of 56,000 euros, were selected from the 64 entities that took part in the archipelago's 2018 call for this solidarity award. The winning projects focus on children’s health and wellbeing, mental illness and intellectual disability.

The Director of Cepsa in the Canaries, José Manuel Fernández-Sabugo, was accompanied at the prize-giving by the Minister for Employment, Social Policy and Housing of the Canarian Government and chairperson of the jury, Cristina Valido; the Deputy Ombudsman [Diputado del Común], Beatriz Barrera; the Ministers for Social Action of the Inter-island Councils of Tenerife and Gran Canaria, Coromoto Yanes and Carmen Vargas; and the Councilor of Social Affairs of the Santa Cruz de Tenerife City Hall, Óscar García.

Also in attendance at the event were the Cepsa professionals who acted as sponsors for the winning projects, and who were the main proponents of these initiatives to the Fundación.

Fernández-Sabugo congratulated the winning organizations for their daily hard work and stressed how rewarding it is for the Fundación Cepsa to have the opportunity to work with them on the development of new projects which improve quality of life for the most vulnerable groups, while also contributing to instilling a greater culture of solidarity in Canarian society.

He added that with every edition it becomes harder for the jury to narrow it down to a small number of winners, as an increasing number of entities submit projects that are worthy of an award.

Winning entities and projects
The ‘Acerca-TEC: Tecnología y comunicación para acercarnos al mundo’ [Technology and communication to bring us closer to the world] project, presented by San Juan de Dios Hospital, and which has had Luis Sosa as its sponsor, aims to bring technology to people with disabilities who, for different reasons, have never had access to the means for its use and enjoyment. One line of action will be to provide digital media and training to the user group with the most limited communication, in order to offer them access to devices that enable them to further their decision-making and communication capacity.

The project of the Asociación Sofía, sponsored by Máximo Hernández, will promote healthy lifestyle habits in children aged 6 to 12 years of age in the province of Santa Cruz de Tenerife, through the ‘Desayuna Salud’ (healthy breakfast) program. The aim is to educate the younger population, promote a healthy diet, prevent the development of Non-Communicable Diseases (NCD), improve their quality of life and, also, to reduce the childhood obesity rate.

The ‘Barrio Solidario’ (caring neighborhood) program, of the Asociación de Familiares y Cuidadores de Enfermos de Alzheimer y Otras Demencias de Tenerife (AFATE), which has Yeray Dávila as its sponsor, will support and advise residents of the neighborhoods of the Salud-La Salle district at risk of suffering from Alzheimer's disease or another form of dementia, with a view to avoiding the increase in dependency. This project relies on volunteers who will receive training and advice to be able to carry out this support work for their neighbors who suffer from these conditions, as well as their relatives and carers.

The Fundación Theodora will carry out the ‘Sonrisas que curan’ [smiles that cure] project, sponsored by Marta de la Paz, which consists of two action programs in hospitals through the `Doctores Sonrisa´ [smile doctors]. The ‘Programa Planta’ [plant program], through which individual visits will be organized for hospitalized children to help them emotionally, and the ‘Programa de Acompañamiento Quirúrgico (AQUI)’ [surgical support program], aimed at reducing the stress levels of children who are obliged to undergo a surgical operation.

Another of the organizations which received recognition was the Asociación ALDIS for the prevention and cure of childhood illnesses, whose ‘Atención Médica Especializada para menores con Enfermedades Infantiles’ [Specialized medical attention for children with childhood illnesses] project was recognized with one of the Special Employee Awards, granted by the Cepsa professionals, through a vote open to all company employees. Through this initiative, sponsored by Manuela Pulido, the entity seeks to offer support to families with children who suffer from low prevalence conditions, such as mitochondrial diseases, attention deficit, prematurity and unknown syndromes.

Since these awards were first introduced, a total of 502 projects from a wide range of fields have been submitted on the archipelago, 46 of which to date have received recognition, and have been awarded a total of 385,000 euros. The Social Value Awards are also held in the Community of Madrid, Campo de Gibraltar and the province of Huelva, as well as in Portugal, Colombia and Brazil. 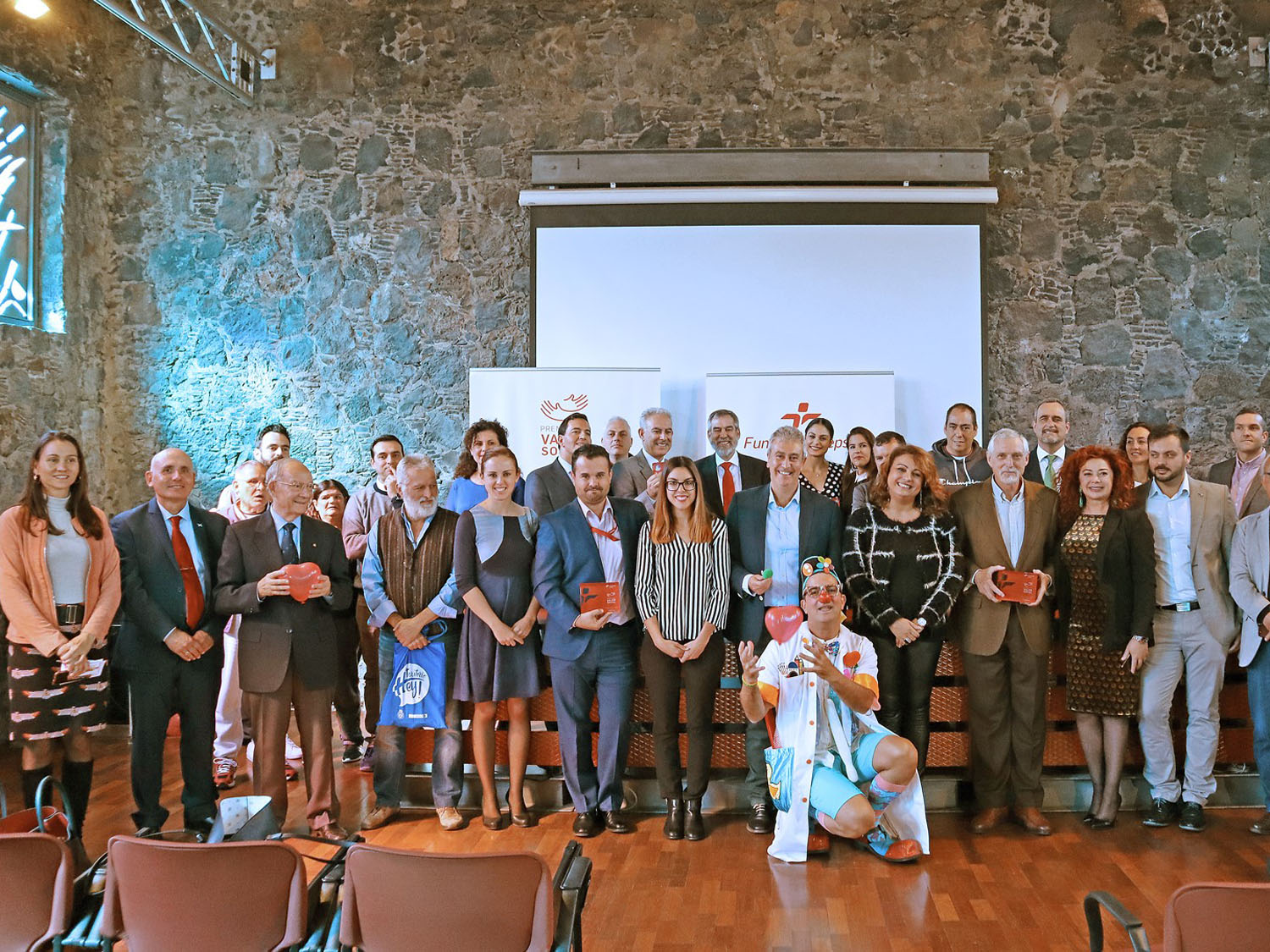