“La Parrala”, “Tatuaje” or “A tu vera” are some of the songs which made the poet and composer Xandro Valerio a famous name to the general public and critics alike, in fact he was one of the greats of the Spanish copla. On the centenary of his birth, Fundación Cepsa and Fundación de Cultura de Moguer are promoting the publication of a CD with his best songs.

The mayor of Moguer, Gustavo Cuéllar and the representative of the Fundación Cepsa in Huelva, José Antonio Agüera, signed a collaboration agreement whereby both entities will sponsor a commemorative CD with all the Moguer artist's greatest hits, interpreted by the best artists in the history of the copla, and which are still as valid today as when they were written by Xandro Valerio. 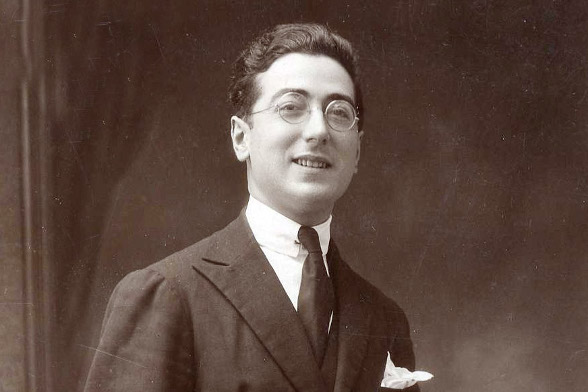 The Fundación Cepsa, which works side by side on cultural and historical initiatives promoted by the municipality of Moguer, also wanted to take part in this tribute to the Poet of the Copla. The famous Symphonic Orchestra of the Municipal Music Lyceum of Moguer, one of the best contemporary orchestras, which has played with leading national and international artists, will feature on the CD.

Agüera said that, “the Foundation has a duty to promote and share the work of an artist of the stature of Xandro Valerio, as he is one of the best composers in the history of Spanish song, a definite source of pride for Moguer and for the whole province”.

The mayor of Moguer, Gustavo Cuellar, insisted on the literary quality of Valerio, “one of the great Moguer poets of the last century together with Juan Ramón and Francisco Garfias”, and thanked the Fundación Cepsa “for the commitment it had shown to Moguer culture for decades, a commitment that allows us to carry out interesting projects such as this CD with the best compositions of the great poet of the copla”. 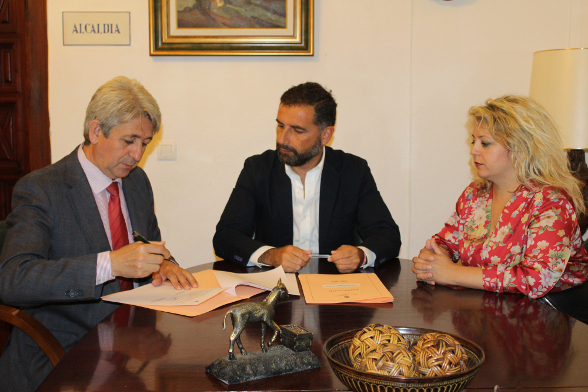 2016 marked the 50th anniversary of the death of the literary author Alejandro Rodríguez Gómez, known to literature as Xandro Valerio, who was born in Moguer in 1896 and died in Madrid in 1966. In his early years, Valerio combined his work in a bank with writing of chronicles and verses for some newspapers, in order to devote himself more seriously to literary creation after moving to Barcelona. There he met the poet and lyricist Rafael de León.

Their collaboration with the musicians Juan Solano Pedrero and master Ochaíta created some of the most important songs in the history of the copla.

Valerio played an important role in the renewal of Spanish poetry at the end of the 20th century, along with the Sevillian poets who were members of what was known as the Ultra group.

The poet from Moguer published many of his poems in the famous magazine Grecia, which at that time was seen to be the main mouthpiece for the new wave of French-influenced avant-garde aesthetics, and which was becoming popular thanks to the efforts of these young writers. However, in contrast to the other Ultraísta authors of that period, Xandro Valerio's work displays a formal exquisiteness and spiritual density that certainly sparked the interest of the first scholars of Spanish avant-garde literature, and also those who had the opportunity to get to know the general poetic production of the Ultra group at first hand.

Francisco Cuenca Benet left the following portrait of the poet from Moguer: “He is one of the most important figures in the modern generation of Spanish poets, not only because of the feeling and emotion of his creations, especially in the madrigals, but also because of his strong spiritual context and the exquisite lexicon with which he nuances his works”.

Xandro Valerio spent the last years of his life writing poems on highly spiritual themes, and finally died in Madrid in 1966.