More than 200 people took part in the road safety workshops organized by Fundación Cepsa on Sunday November 4 in La Candelaria square, during the latest edition of Come to Santa Cruz, as part of the Canaries Drive Safe campaign, promoted by the company Canarias Driving.

The most popular activity was a rollover simulator vehicle, where more than 90 adults were able to experience the sensation of being in a traffic accident, highlighting the importance of wearing a seat belt and not having loose objects in the passenger compartment that could strike its occupants. Also very popular were the 3D alcohol simulation glasses, which helped to raise awareness and sensitize young people and adults to the dangers that can arise from not adopting a safe attitude at the wheel, or even as pedestrians.

For the director of Cepsa in the Canary Islands and representative of Fundación Cepsa, José Manuel Fernández-Sabugo, "support for this type of initiative is part of our commitment to safety, both in and out of the workplace. In this regard, the road safety workshops aim to reduce the risk of traffic accidents and create models of positive behavior, as well as promote education in values."

Canarias Driving is the organizer of the Canaries Drive Safe campaign, which has the support of the Canary Islands Government, Fundación Cepsa and other private entities. Its director, Vidal Arencibia, stresses that "the real rollover simulator allows users to be aware of the importance of using seat belts properly, regardless of what seat they are occupying in the vehicle and whatever the route." In addition, he recalls the importance of having children participating in this type of training, since they play "a fundamental role in absorbing the knowledge we pass on to them and do not hesitate to correct the improper practices of their family members."

During the day there were also twelve talks on how to drive efficiently and how to have a good disposition at the wheel, as well as information on the correct placing of minors in cars or how to act in the event of an accident, among other important aspects of road safety. 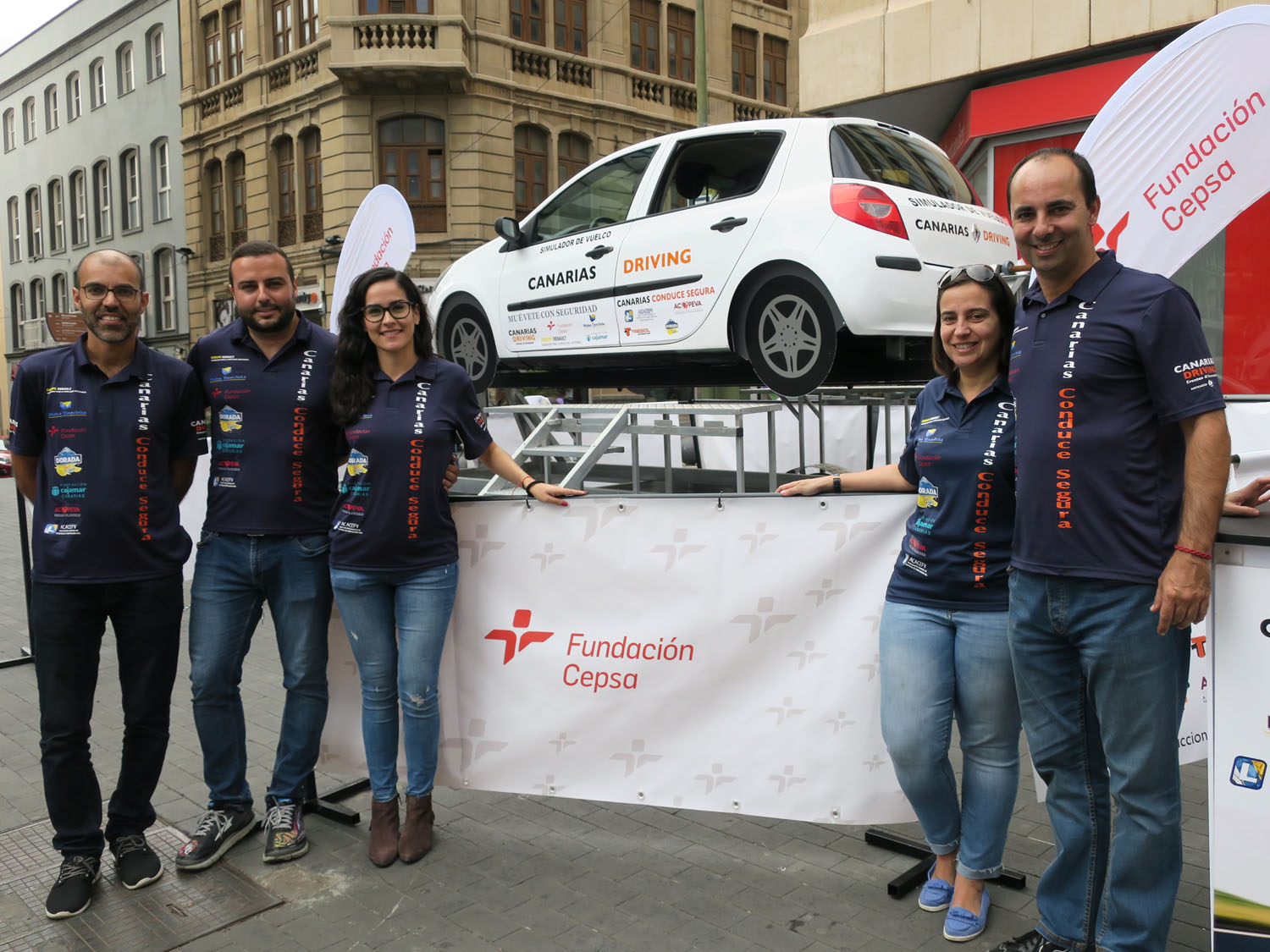