The Santa Cruz de Tenerife City Hall and the Fundación Cepsa have implemented, in 27 schools in the municipality, an informative campaign on the practice of indigenous sports such as Canarian wrestling (la lucha canaria), the stick fight (el garrote), the shepherd's leap (el salto del pastor), the stick game (el juego del palo) and the Canarian club fight (el tolete canario). The initiative is in its fourth round and will reach more than 2,500 pupils in 27 Infant and Primary Schools in the municipality.

Also in attendance were the mayor of the city, José Manuel Bermúdez, and the Director of Cepsa and representative of the Fundación Cepsa in the Canary Islands, José Manuel Fernández-Sabugo, together with the city councilor of the Southwest District, Gladis de León and the principal of the aforementioned school, Laura Nazco.

The mayor thanked the groups involved for their commitment "to disseminating the teachings that, as a people, constitute our identity through the traditional Canarian games and sports".

"This school has been operating for several years thanks to the support of the Fundación Cepsa and it makes things easier when it comes to getting to know these sports and activities that are our own and that have belonged to us since the time of our aboriginals and also so that, all who wish to do so, can practice them", he emphasized.

Fernández-Sabugo, for his part, reiterated that "in addition to the many values that sport instills, shared by the Fundación Cepsa, those that practice them in this school are helping to maintain the identity of the Canary Islands as the unique and noble population it is, a nobility that is also reflected in our traditional sports".

Nazco, lastly, showed her pride "that our school has been chosen as the starting point for the exhibitions that the school will conduct this year, since our educational community always promotes sporting values and positive coexistence. If, furthermore, this is through the conservation of our cultural heritage then our gratitude to the municipal representatives and the Fundación Cepsa is even greater".

Following the success achieved in its first three rounds, the organizers are planning to hold exhibitions in all Santa Cruz public schools that request them. Each of them will serve to introduce the traditional Canarian sports and explain the history and rules of these indigenous sports.

Sessions will then be given to allow the kids to interact with those delivering them to practice the rules, techniques and skills described during the theory class.

The coaches running the exhibition will then tell children where they can go to carry on with the sports.

In order to further showcase and provide information on this project, exhibitions will also be held at public events such as the upcoming May Fiestas to raise the profiles of the groups coaching these indigenous sports. 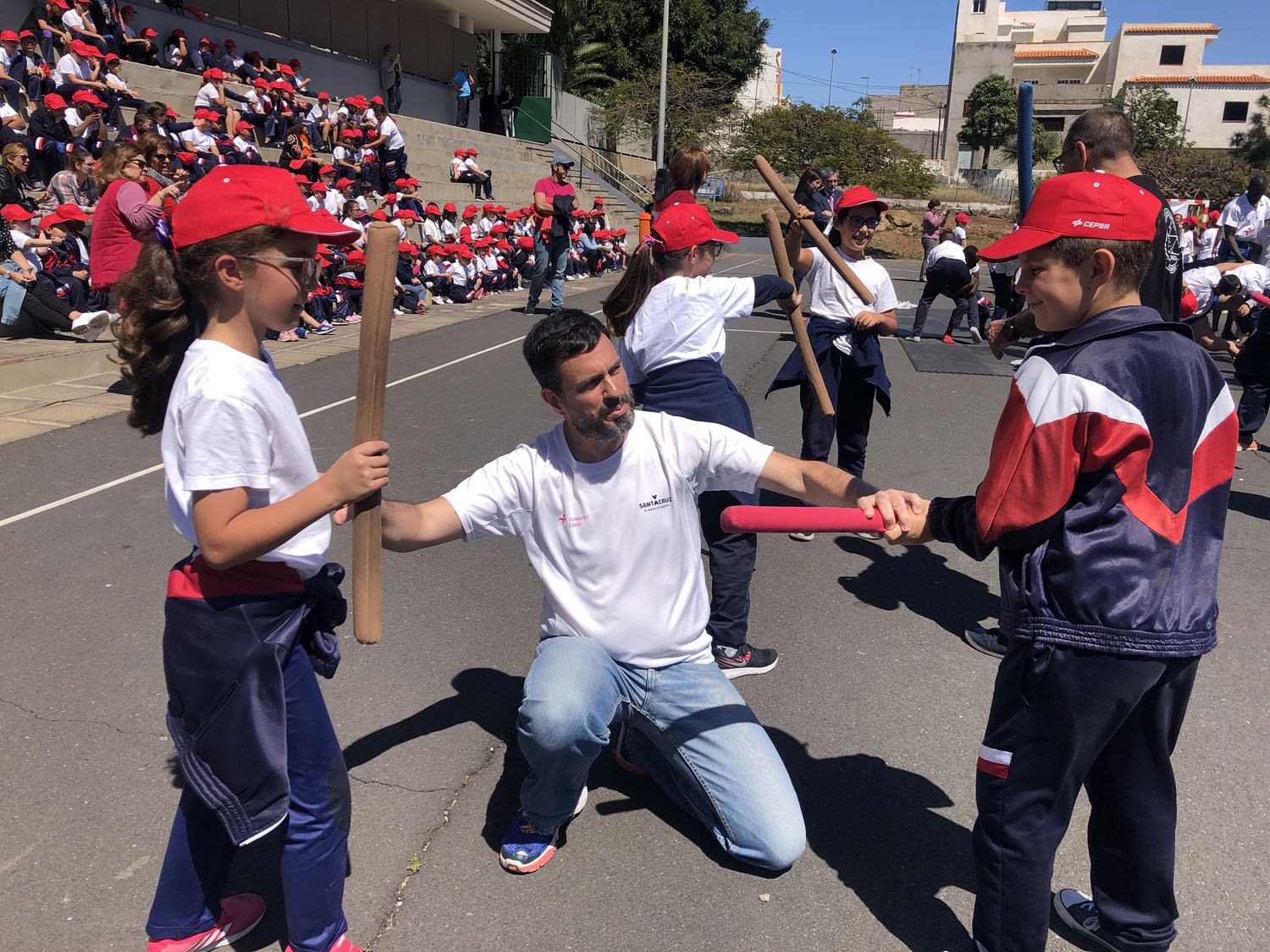