Painting work is now finished on the new mural sponsored by Fundación Cepsa under its project `Sumérgete en Santa Cruz´ (Dive into Santa Cruz), which seeks to provide artistic and cultural content to walls in a state of neglect or aesthetically lacking in the capital of Tenerife. The project has contributed close to 20 large murals to the city since 2012.

Over the course of a week, Tenerife-born Diego Izquierdo, who defines himself as a photorealist pop artist, has been filling the side wall of 22 Méndez Núñez Street with design and color. Only a few final touch-ups are needed.

The scene, spread out over a 200-square-meter "canvas", depicts a classic vehicle (a common theme in his work) filling up at a set of gas pumps. His intention with this work is to show an everyday image from the 1950s, isolated from its context, without influences from the surrounding environment, in whose lines the spatial features present in car designs of the time are reflected. A total of seven colors were used for its creation, with a gray scale prominent in the main scene on a white, blue and brown background.

Izquierdo felt an interest in art early on, leading him to graduate as an advanced technician in illustration from the Fernando Estévez School of Art and Design, adding digital knowledge and a multitude of techniques to his portfolio. He has been very prolific, generating numerous works, with no limit of format or supports, most notably wood, but also walls, car body parts, traffic signs or old advertising signs, among others.

The site was visited this morning by the director of Cepsa in the Canary Islands, José Manuel Fernández Sabugo, the councilor for Culture of the Santa Cruz de Tenerife City Council, José Carlos Acha, the head of the Cepsa Foundation in the Islands, Belén Machado, the coordinator of the Sumérgete en Santa Cruz project, Iker Muro, and the representative of the building, Roberto López. 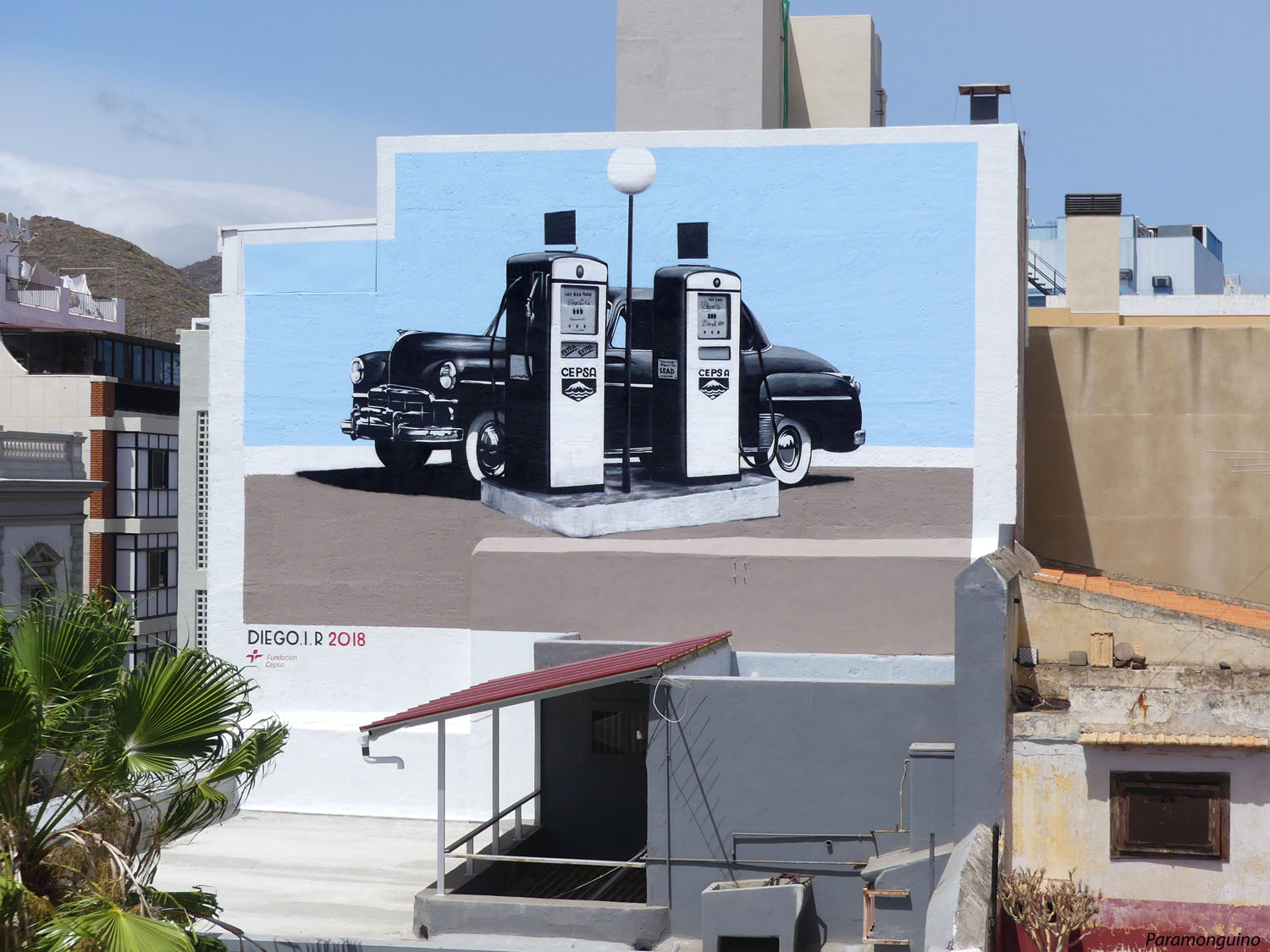