In total, Fundación Cepsa received entries for 385 projects across all the regions in which the awards are run: Canary Islands, Campo de Gibraltar, Autonomous Community of Madrid, Huelva province, Portugal, Colombia, and Brazil.

The aim of the awards is to recognize and promote social initiatives that foster the inclusion and well-being of disadvantaged groups or individuals, as well as to promote these values among Cepsa staff, who will be sponsors of these projects, introducing the entities interested in participating in these awards. There will be up to €65,000 in prize money for the Campo de Gibraltar area. In total, some €500,000 will be handed out to the best social projects in all the areas in which the competition is being run. In this edition, projects related to sustainability and ecological transition will be valued.

Since 2012, Cepsa staff themselves have given out an Employees’ Special Award as part of the Social Value Awards. They will choose five winners from among the 14 projects selected by the various juries in Spain, Colombia, Brazil, and Portugal, and the results will be announced in mid-December. 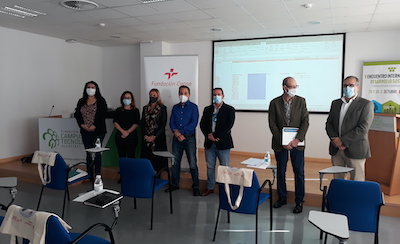 Turn on notifications to stay up to date
Refresh

Just a moment... We are updating the status of your notifications.

Your preferences have been successfully modified Remember that you can do it whenever you want.

You will receive notifications from:

Wow! We are sorry that you do not want to continue receiving notifications Remember that you can reactivate them at any time.